The grain legume breeding at the former Kharkiv Breeding Station (now the Plant Production Institute named after VYa Yuriev of NAAS) was started in 1944. The Institute has been breeding grain legumes for more than 70 years.

Recently bred at the the Plant Production Institute named after VYa Yuriev pea varieties Tsarevich (2008), Hlians (2008), Otaman (2011), Oplot (2011), Metsenat (2014), Heizer (2015), Korvet (2016), Haiduk (2019) fully meet current requirements of high-intensity production, have yield capacities of up to 6.0 t/ha, are lodging and shedding resistant, suitable for direct combining, more adapted to regional climatic conditions in comparison with foreign varieties and occupy more and more areas in Ukraine. The cultivation of these varieties allows more efficient using material and technical resources and, due to single-phase harvesting, reducing losses and improving the quality of commercial and elite seeds.

Hlians is noticeable for high environmental plasticity. Otaman and Metsenat have a lower 1000-seed weight, making 10-15% reduction in the cost of seeds for sowing possible. Heizer has a greater vegetative mass and can be used for green mass alone or in combined fields with other crops. Tsarevich and Hlians seeds have high marketable and palatable indicators. Due to a 6-8-day difference in the growing period lengths between Tsarevich and Oplot, we can avoid possible weather-associated and extend the optimal harvest period. Fulfillment of the potentials of new pea varieties is real provided that elementary conditions of the cultivation technology are adhered to. Deviations from of the cultivation technology at one stage of ontogenesis cannot be further compensated to prevent a decline in the plant performance. Soil preparation is a particularly important element of the conventional cultivation technology. Experiments show that there is no use increasing the seeding rate above 1.2 million seeds/ha. To accelerate reproduction of pea varieties in short supply, the seeding rates of 0.7-0.8 million seeds/ha are advisable. Pea fields are annually damaged to various degrees by aphids and pea weevil. Under favorable conditions for the development of these pests, each of them can reduce the pea yield by ≥50%. Pea weevil begins to inhabit and damage pea plants from the anthesis onset to the end of pod formation. Therefore, when the first flowers appear, fields should be treated with insecticides, and treatment must be repeated in 7 - 8 days. Spraying against weevil is usually efficient against aphids. Immediately after threshing and cleaning, pea seeds are checked for weevil-induced damage. If the number of live insects exceeds 10 specimens/kg, seeds should be fumigated with appropriate agents in the recommended doses under an airtight film.

Development of high-yielding and easily-producible varieties of pea and soybean for different purposes. 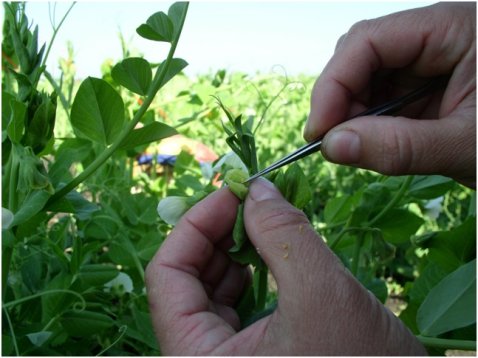 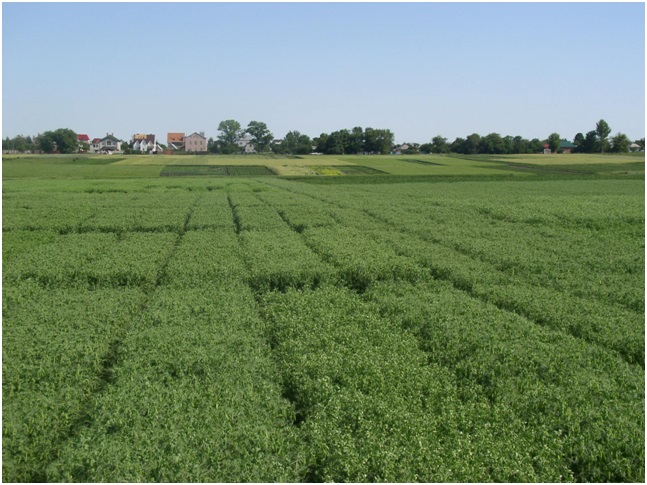 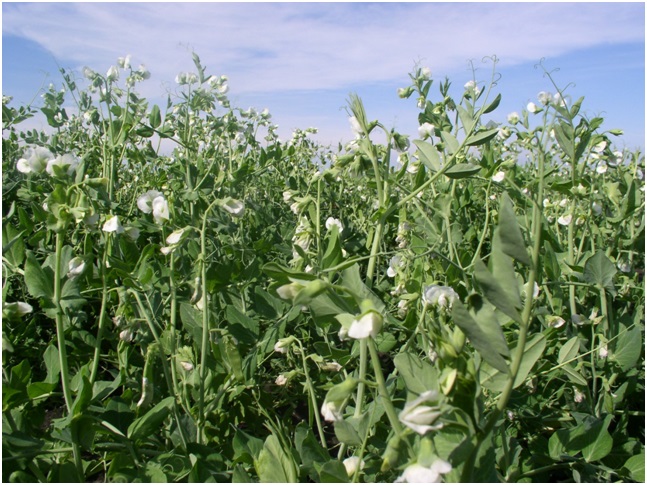 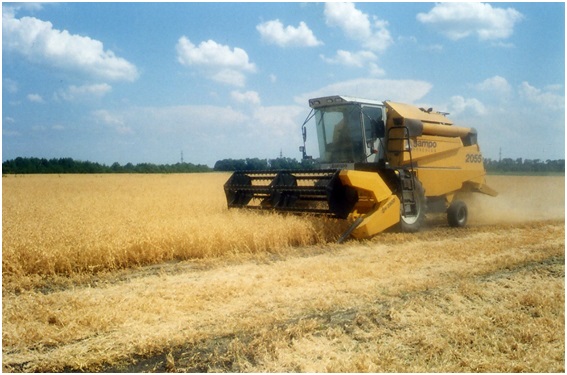