Chief researcher of the Laboratory, Doctor of Agricultural Sciences N.I. Riabchun reported data on the weather during the autumn-winter period and its impact on the overwintering of winter crops. The speaker noted that after significant fluctuations in the air temperature in the 2nd half of February (the maximum air temperature in the northern part of the region rose to 4-6°C, in the south - to 8-11°C, and the minimum air temperature dropped to -17 - -23°C , on the snow surface - to -20 - -24°С). In some fields of the region leaves of winter crops were damaged by low temperatures. As of February 24, the soil froze to a depth of 27 - 32 cm to 45 - 60 cm. The minimum soil temperature at the depth of the winter wheat tillering zone (3 cm) in the coldest nights decreased to -5 - -10 ° C, which is higher than the critical freezing temperature of -14.0 - -16.0°C for varieties recommended for cultivation in the region.

To assess the viability of crops and determine the content of soluble carbohydrates, a survey was conducted and monoliths with different stages of development were selected from the regional fields sown with different varieties after different forecrops.

The results of analyzes and observations show that the vast majority of winter cereal fields in the region (about 85-91% of all the analyzed samples) are poorly tillered out or not tillered out at all; the aboveground parts are damaged by low temperatures, namely in 10-20% of leaves about 1/3 of the leaf blade is damaged. However, so far, the roots, and in the tillered out plants, the root system, tillering nodes and growth apex tissues have not been severely damaged. The plant survival is quite high: from 91-98% of live plants in the well-developed fields to 86-89% in the poorly developed fields.

The regrowth of such plants in monoliths is slow, which may be due to a decrease in the content of soluble carbohydrates in the tillering nodes due to the unstable thermal mode in the winter and leak of nutrients, including nitrogen, from the root layer of soil. At present, the tillering nodes of developed plants of domestic winter wheat varieties Doskonala, Bohdana, Podolianka, Zapashna, Fermerka, and Harmonika contain 26.5-31.0% of soluble carbohydrates, and German varieties Lemmy, Centurion - 12.2-15.9%. In underdeveloped plants of domestic varieties, the soluble carbohydrate content is 18.9-20.5%. Such fields especially need initial nutrition for active rooting and formation of the photosynthetic apparatus of plants.

Head of the Department of Plant Production and Variety Investigations, Doctor of Agricultural Sciences Popov S.I. stressed the importance of timely provision of winter crops with mineral nutrition, as the root layer of soil, due to leak of nitrogen-containing compounds, is depleted of nutrients.

Candidate of Agricultural Sciences Usova Z.V. stressed the importance of selection of winter wheat varieties adapted to the climatic conditions of our region for cultivation, both varieties previously bred at the Plant Production Institute named after V.Ya. Yuriev of NAAS (Fermerka, Zapashna, Zdobna, Harmonika, Krasa Laniv) and novelties bred at the Institute (Prynada, Metelytsia Kharkivska, Haiok, Vyhadka). Head of the Center for Genetic Resources of Ukraine Riabchun V.V. and Head of the Laboratory of Cereals of the NCPGRU, Candidate of Agricultural Sciences Yarosh A.V. drew attention to the need for a balanced approach to the introduction of foreign varieties into production and recommended to pre-study their resistance to unfavorable conditions of winter and spring-summer periods.

Basing on the results of the survey of the regrown monoliths and information on the sugar content in the tillering nodes at the end of winter, the participants of the seminar came to the conclusion that at the day being the winter cereals were mostly in satisfactory or in good condition, but since plants are weakened, and their post-autumn development is insufficient, special attention should be paid to the timely application of nitrogen fertilizers. In the first place, nitrogen fertilizer should be spread at a dose of 40-50 kg of active substance/ha in underdeveloped and thinned fields to improve plant regeneration, root system development, tillering shoots and faster leaf growth. In order to obtain consistently high yields on the regional farms, it is recommended to grow predominantly varieties adapted to the conditions of the region and to expand winter rye plantings. 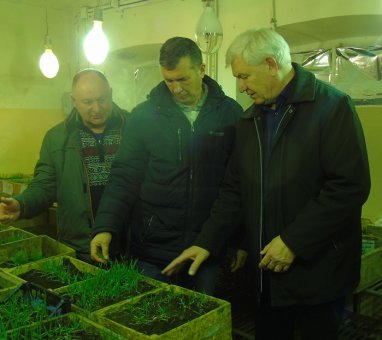 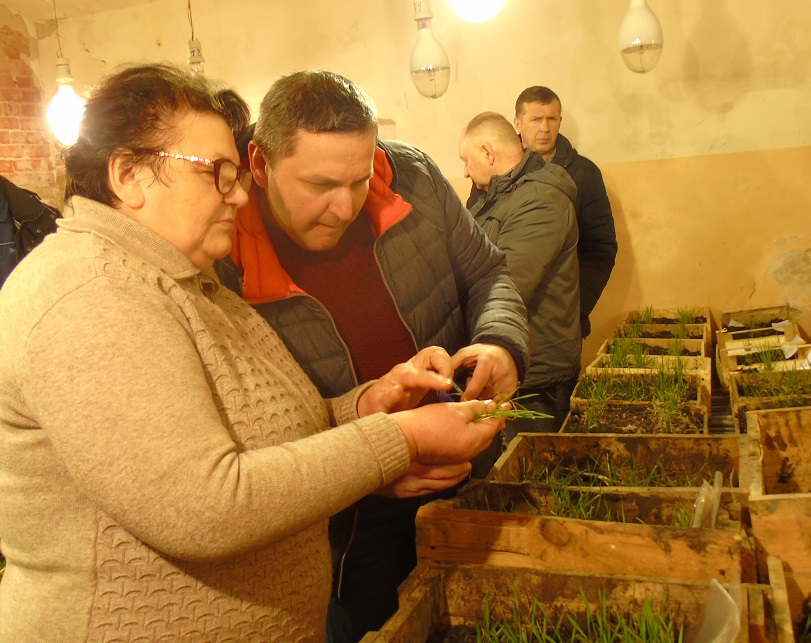