Among the participants, there were representatives of NAAS scientific institutions, agrarian enterprises of different forms of ownership and other organizations.

During the event, mainstream topics of breeding, genetic resources, seed production and legume cultivation technologies were discussed as per the conference program. Legumes grown by different technologies were surveyed.

Savko O.V., Production Director of Shestirnia LLC, presented overwintering pea and lentil fields, which were managed in compliance with traditional technologies. The peculiarities of growing lentil and its advantages, as well as of the other legumes, as the best forecrop for winter wheat were highlighted. After legumes, up to 100 kg of biological nitrogen per hectare is left, meaning an opportunity to save money, increase profitability and maintain the soil fertility. In addition, overwintering pea sown in V-furrows in wide drills (35 cm) was presented. It was noted that sowing in furrows did pay off - due to snow confining in winter, the plants received additional water.

Worthy of respect were the experimental plots of legumes - pea, chickpea and lentil on O.V. Maslianyi’s farm (Kazanka village, Mykolaivska Oblast), which are grown by No-Till technology. Overwintering pea fields sown within various timeframes were surveyed. Varieties bred at the Plant Production Institute named after V.Ya. Yuriev of NAAS were present in spring sown fields: Oplot, Metsenat and Haiduk, and their condition was very good.

The demonstrated fields proved a professional attitude to work, responsibility for every action and tireless desire for everything new on farms.

The work at the Scientific-Practical Conference was constructive; topical issues of scientific support of legume production in Ukraine were discussed; professional communication and exchange of experience took place. We say “Thank you!” to the organizers and all participants of the Conference and hope for further fruitful cooperation! 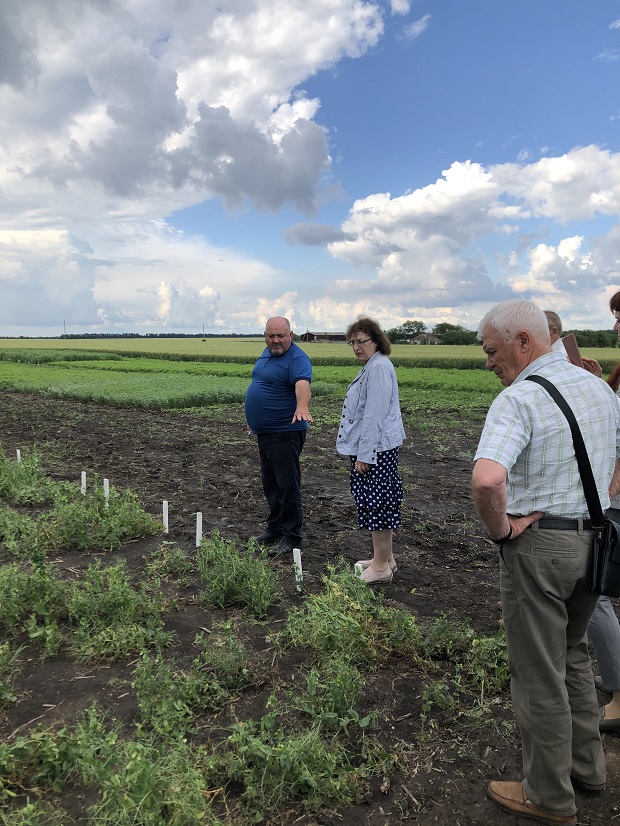 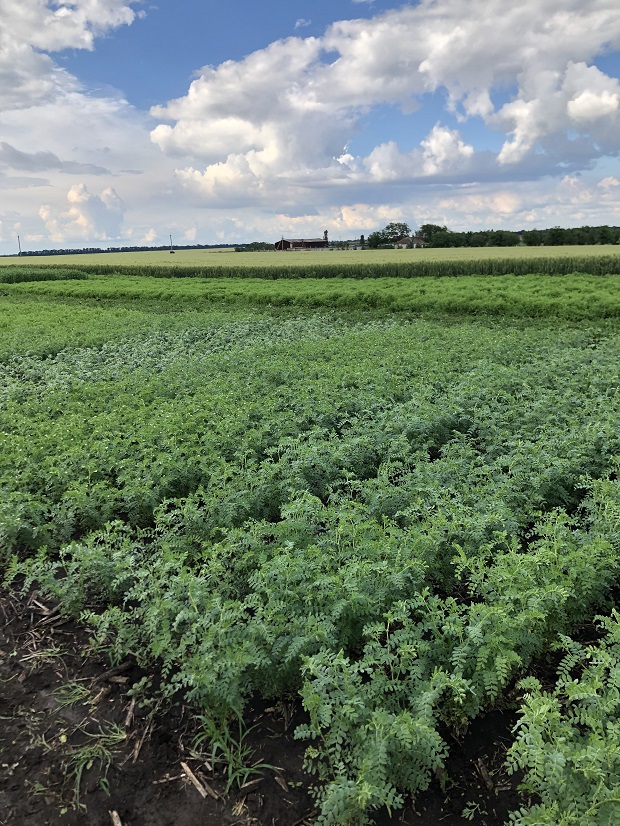