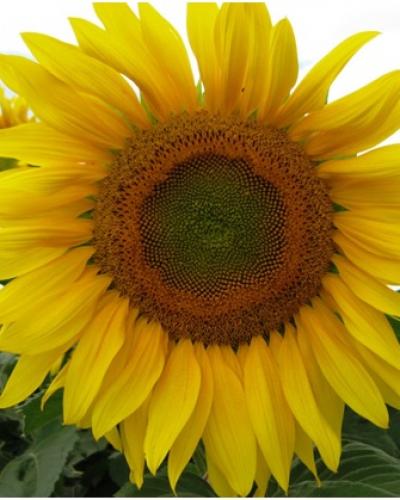 The plant height is 170 cm. The calathidium is dome-shaped, with a diameter of up to 23 cm. The hybrid is highly resistant to lodging and shedding. It is fairly resistant to drought.

Seed production peculiarities. The parents in hybridization plots are sown in two stages. The female line is sown after the emergence of the male line seedlings.

Your review has been sent successfully